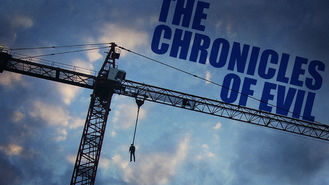 Not in Canada but still want to watch The Chronicles of Evil?
No Problem!

The Chronicles of Evil

When a decorated police detective accidentally kills a man and covers up the crime, a hidden witness leads him on a deadly game of cat and mouse. A detective walks a fine line between self-defense and self-preservation. Now, a murder case has him on a razor's edge.