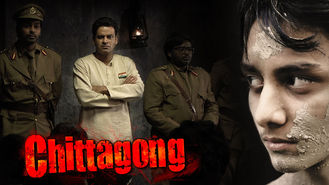 Not in Canada but still want to watch Chittagong?
No Problem!

In the turbulent 1930s of British colonial India, a teenager joins a ragtag army of schoolboys determined to overthrow their foreign conquerors. Only 14 years old. Outcast by his peers, he turns to a rebellious movement that could topple an empire.