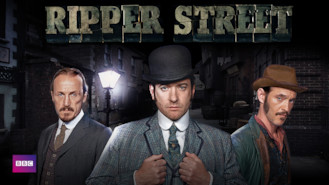 Not in Canada but still want to watch Ripper Street?
No Problem!

It's been six months since the last Jack the Ripper killing, and East London is hopeful that his reign of terror might have run its course. In the bloody shadow of the Ripper, chaos reigns in London's East End. Only cold-blooded coppers can keep the peace.