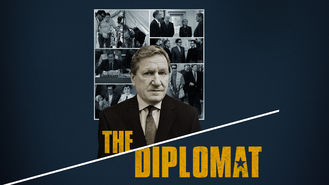 Not in Canada but still want to watch The Diplomat?
No Problem!

The accomplished, ambitious 50-year career of American diplomat Richard Holbrooke is examined in this intimate documentary directed by his son. Solving the world's problems was his full-time occupation, but he was a family man, too. His son tells his story.