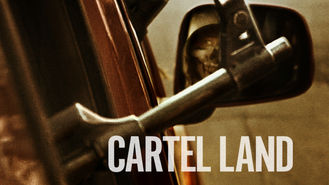 Not in Canada but still want to watch Cartel Land?
No Problem!

This documentary offers an up-close look at two vigilante groups that have formed in Mexico in response to the increasing dominance of drug cartels. The Mexican drug war is a terrifying juggernaut. Those at its fringes hope to contain it. Those inside plan to survive.