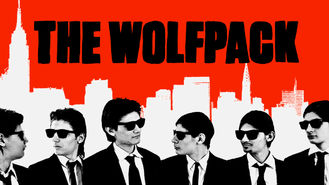 Not in Canada but still want to watch The Wolfpack?
No Problem!

Seven siblings reared in near isolation in New York have been molded by the films they obsessively re-create, although they yearn for greater freedom. They say TV can be a baby sitter. For a family who almost never saw the light of day, it was also their ambassador.