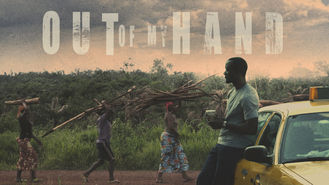 Not in Canada but still want to watch Out of My Hand?
No Problem!

Out of My Hand

After a Liberian plantation worker's efforts to unionize come to naught, he decides to start fresh as a cab driver in New York City. If you're going to start your life over, you might as well do it on the other side of the world.