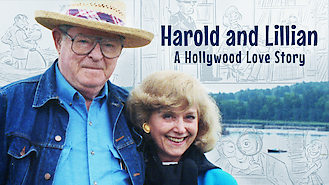 Not in Canada but still want to watch Harold and Lillian: A Hollywood Love Story?
No Problem!

Storyboard artist Harold Michelson and his film researcher wife, Lillian, recall the influence they had on 60 years of Hollywood's biggest hits.