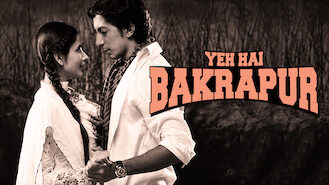 Not in Canada but still want to watch Yeh Hai Bakrapur?
No Problem!

A poor family’s goat suddenly acquires divine status, sparking a widespread frenzy as everyone clamors to benefit from its unexpected celebrity. He’s a religious icon, a moneymaker, and a total superstar. This isn’t your regular pet goat.