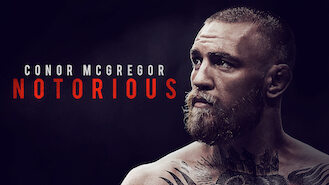 Not in Canada but still want to watch Conor McGregor: Notorious?
No Problem!

From making ends meet to lavish rides and fur coats, the Irish MMA champion grants an all-access pass to the highs -- and lows -- of his ascent. An intimate view of a sporting icon's journey. Beyond the Octagon, behind the glam, the bravado, and the infamy.