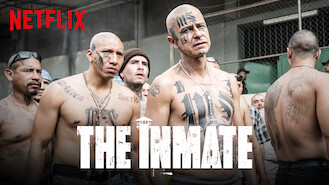 Not in Canada but still want to watch The Inmate?
No Problem!

A former Marine poses as an inmate inside a Mexican prison in order to infiltrate a gang suspected of kidnapping a U.S. judge's teen daughter. Two gangs run this prison. Can he straddle the fence between them? Or will his refusal to choose a side blow his cover?