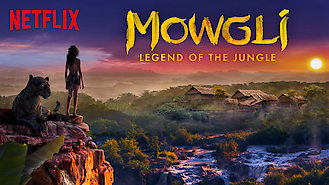 Not in Canada but still want to watch Mowgli: Legend of the Jungle?
No Problem!

Mowgli: Legend of the Jungle

An orphaned boy raised by animals in the jungle seizes his destiny while confronting a dangerous enemy -- and his own human origins. Torn between two worlds, he's on a treacherous quest to discover who he really is -- and the hero he's meant to become.