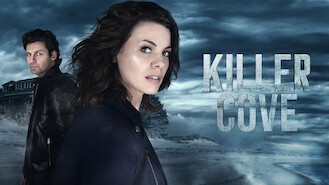 Not in Canada but still want to watch Killer Cove?
No Problem!

An unlucky woman finds a solution for her hateful ex, a trying job hunt and a stalker through a charming P.I. -- only to endure a new set of problems. Her life was in shambles until an unexpected vigilante stepped in. Now, she must deal with a new threat within her world.