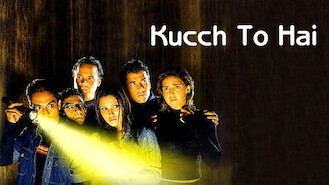 Not in Canada but still want to watch Kucch To Hai?
No Problem!

A student tries to steal a test from a teacher's home, leaving him for dead after an accident. A string of murders may be the professor's revenge. A pile of casualties wasn't what a brash college kid was expecting when she tried to get an edge on an upcoming test.