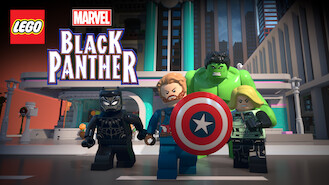 Not in Canada but still want to watch LEGO Marvel Super Heroes: Black Panther?
No Problem!

When Thanos joins forces with villains Killmonger and Klaue to destroy Earth, Black Panther rushes to stop them from stealing Wakanda's vibranium. Evil threatens the safety of his homeland and the entire world. In this critically important fight, he's never alone.