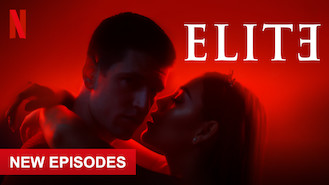 Not in Canada but still want to watch Elite?
No Problem!

When three working-class teens enroll in an exclusive private school in Spain, the clash between them and the wealthy students leads to murder. The prized trophy was meant to be awarded to the best student in the class. Instead it became a murder weapon.