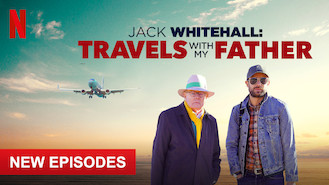 Not in Canada but still want to watch Jack Whitehall: Travels with My Father?
No Problem!

Jack Whitehall: Travels with My Father

Jovial comic Jack Whitehall and his stuffy father, Michael, take unusual and amusing trips to foreign lands in an attempt to strengthen their bond. They're bonded by blood and not much else. But they might find more common ground in far-flung corners of the globe.