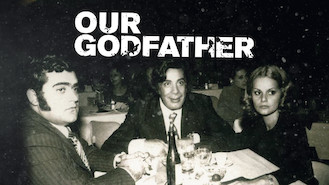 Not in Canada but still want to watch Our Godfather?
No Problem!

In 1986, Tommaso Buscetta became the first top-level Mafia boss ever to testify against the mob. It cost him and his family everything. He spent years on the mob's most wanted list because he broke his code of silence. Now, his family breaks theirs.