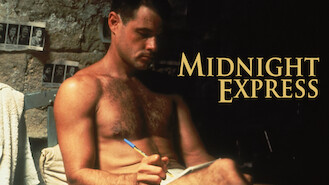 Not in Canada but still want to watch Midnight Express?
No Problem!

Arrested in 1970 after trying to smuggle two kilos of hash out of Turkey, American student Billy Hayes faces a nightmare 30-year jail sentence. They threw him in a hellhole and threw away the key. Now this college kid's got to learn to survive -- fast.