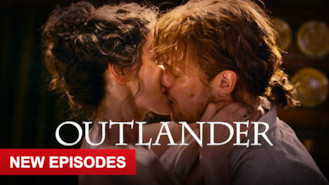 Not in Canada but still want to watch Outlander?
No Problem!

This epic tale adapted from Diana Gabaldon's popular series of fantasy-romance novels focuses on the drama of two time-crossed lovers. She's a modern woman trapped in a brutal past. And the path to escape is riddled with dangers -- and unexpected desires.