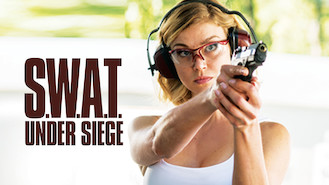 Not in Canada but still want to watch S.W.A.T.: Under Siege?
No Problem!

When a S.W.A.T. team takes in a mysterious, high-profile prisoner, international threats unleash a barrage of attacks on their compound to retrieve him. Firefights, fisticuffs and fraudulent affiliations. A man's mob ties are this team’s greatest asset -- and liability.