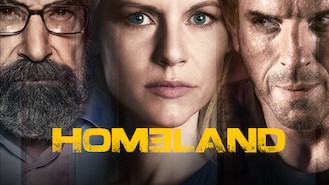 Not in Canada but still want to watch Homeland?
No Problem!

CIA analyst Carrie Mathison struggles with mental health and family issues while leading the war against terrorism in this political thriller series. She's bipolar, controversial and has a thing for dysfunctional men. She's also the CIA's most gifted analyst.