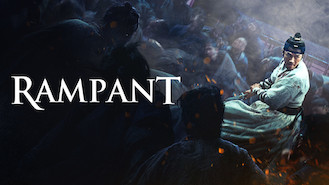 Not in Canada but still want to watch Rampant?
No Problem!

When Prince Lee Cheong returns to Joseon after his brother’s death, he finds the kingdom plagued by deadly creatures -- but they’re not the only threat. He has no aspirations to be anyone’s ruler, but the people of Joseon need a leader -- and he may be their only hope.