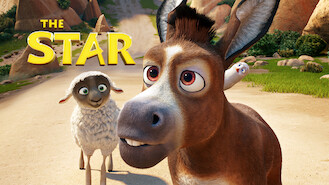 Not in Canada but still want to watch The Star?
No Problem!

A big-dreaming donkey escapes his menial existence and befriends some free-spirited animal pals in this imaginative retelling of the Nativity Story. It’s the end of the BC era, but only the beginning for Bo the donkey, who’s about to become a big part of a huge story.