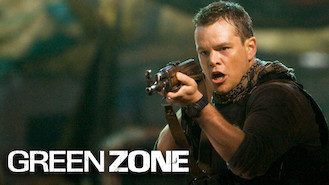 Not in Denmark but still want to watch Green Zone?
No Problem!

An intelligence agent doesn't want to hear what a warrant officer has to say about not finding weapons of mass destruction in Iraq. Why the cover-up? Good soldiers don't ask questions, but he's seen too much. They aren't on the same side anymore.