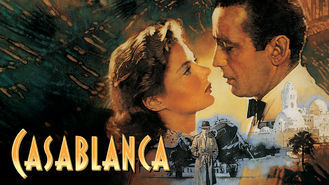 Not in Egypt but still want to watch Casablanca?
No Problem!

American expat Rick Blaine runs a Moroccan nightclub during World War II and contends with his ex, who walks back into his life. He stuck his neck out for nobody. Then she came walking into his joint -- on the arm of her war-hero husband.