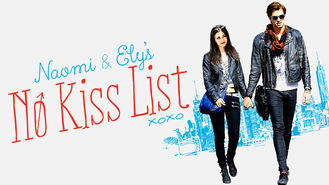 Not in Egypt but still want to watch Naomi and Ely's No Kiss List?
No Problem!

Naomi and her gay best friend, Ely, have been inseparable since childhood, but their bond faces its biggest test yet when they fall for the same guy. A long-running romance with her oldest pal is usually simple, considering he's gay. But not when they eye the same guy.