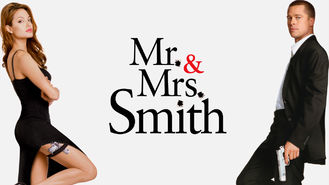 Not in Egypt but still want to watch Mr. & Mrs. Smith?
No Problem!

John and Jane are an average-on-the-surface couple who don't yet know that they share the same undercover line of work: They're both guns for hire. Just an average suburban couple who happen to be hired killers ... but don't know they're in the same line of work.