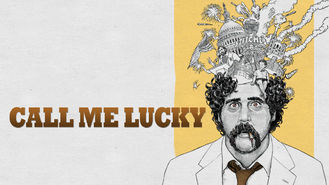 Not in Egypt but still want to watch Call Me Lucky?
No Problem!

This film chronicles the varied career of bombastic comic and social critic Barry Crimmins and the painful past that inspired his peaceful activism. A biting comic with a painful past made a promise: He's whatever threatens you. Then he got political.