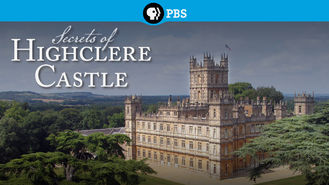 Not in Egypt but still want to watch Secrets of Highclere Castle?
No Problem!

Known as the setting of "Downton Abbey," Highclere Castle truly was the home of aristocrats and an army of servants, with a rich past to share. It's home to some of our favorite characters -- fictional and historical. But a castle this big doesn't run itself.