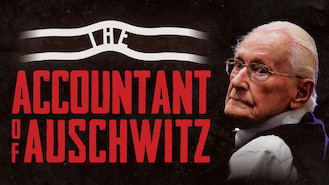 Not in Egypt but still want to watch The Accountant of Auschwitz?
No Problem!

The Accountant of Auschwitz

Decades after WWII, a former SS officer stands trial in his native Germany after being charged for his complicity in the murder of Jews at Auschwitz. A nation struggling with its horrific history. A 93-year-old war criminal confronting his past. Can he be brought to justice?