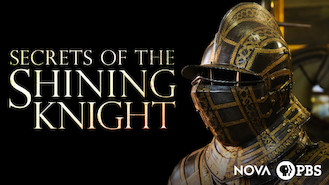 Not in Egypt but still want to watch NOVA: Secrets of the Shining Knight?
No Problem!

NOVA: Secrets of the Shining Knight

A master armorer and his team recreate parts of a knight's medieval armor and test its strength while rediscovering centuries-old metalworking secrets.