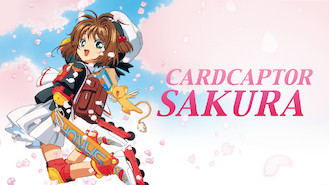 Not in Egypt but still want to watch Cardcaptor Sakura?
No Problem!

After a young girl breaks the seal of a magical book, releasing the spirits of the cards inside, she must become a "Cardcaptor" and retrieve them. After breaking a magic seal, this schoolgirl must collect all the spirits she's released -- or see the world destroyed.