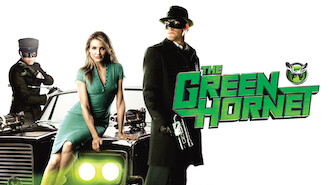 Not in Egypt but still want to watch The Green Hornet?
No Problem!

A hard-partying heir dons a disguise to fight crime after hours. But with no talents or skills, he relies on his friend, a martial-arts genius. A wealthy slacker dons a mask to fight crime. Fortunately, he's got a sidekick to do the actual fighting.