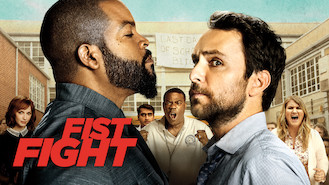 Not in Egypt but still want to watch Fist Fight?
No Problem!

When a passive high school English teacher inadvertently enrages his irritable colleague, the two square off for an old-fashioned brawl. It's the last day of school, but one teacher doesn't feel like celebrating. He'd rather fight the guy who got him fired.