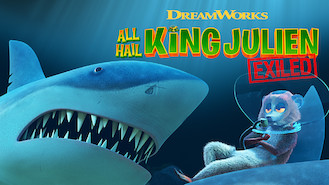 Not in Egypt but still want to watch All Hail King Julien: Exiled?
No Problem!

Julien's been dethroned, but loyal friends and some very unlikely allies will propel the lovable lemur on a colorful journey to take back his kingdom. He's lost the crown, but he's still got the royal feet! And he'll march back in to save his kingdom, whatever it takes.