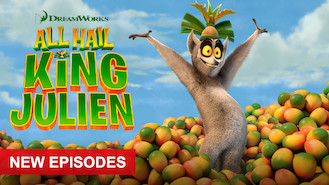 Not in Egypt but still want to watch All Hail King Julien?
No Problem!

In this Emmy winner for Outstanding Children's Animated Program, Madagascar booty-shaker King Julien takes on the jungle’s craziest adventures. The Madagascar jungle’s a never-ending blast with royal party animal King Julien around to shake his booty!