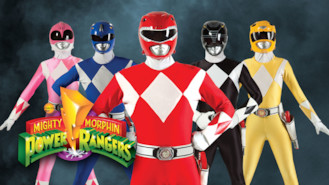 Not in Finland but still want to watch Mighty Morphin Power Rangers?
No Problem!

Five average teens are chosen by an intergalactic wizard to become the Power Rangers, who must use their new powers to fight the evil Rita Repulsa. To fight the ugly spawn of a space witch, you need fast moves, good friends ... and a big prehistoric robot.