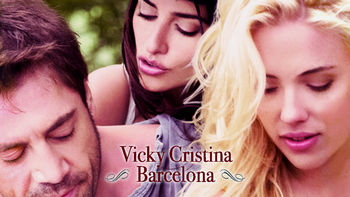 Not in Finland but still want to watch Vicky Cristina Barcelona?
No Problem!

Two girlfriends on holiday in Spain become smitten with the same artist, unaware that his insanely jealous ex-wife is about to re-enter the picture. Two friends on vacation fall for the same sexy artist. Things get even trickier when his unstable ex-wife shows up.