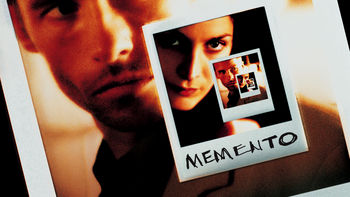 Not in Finland but still want to watch Memento?
No Problem!

Suffering short-term memory loss after a head injury, Leonard Shelby embarks on a grim quest to find the lowlife who murdered his wife. A brokenhearted man remembers almost nothing. But his notes will lead him to a horrifying truth.