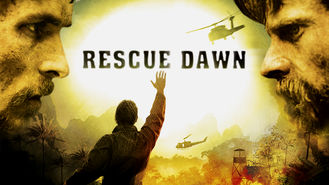 Not in Finland but still want to watch Rescue Dawn?
No Problem!

Captured by the enemy and held in a Laotian torture camp, a pilot defies death by organizing one of the most daring escapes of the Vietnam conflict. Escape isn't just an option -- it's the only way to survive. No one's keeping this pilot grounded.