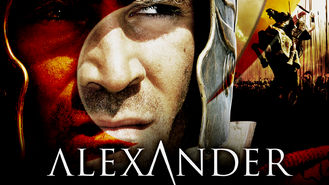 Not in Finland but still want to watch Alexander: Theatrical Cut?
No Problem!

Director Oliver Stone takes on the saga of Alexander the Great, the Macedonian conqueror who became legendary for his military prowess. In ancient times, a young boy rises to rule most of the world. But his final battle could cost him everything.