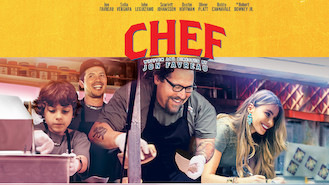 Not in Finland but still want to watch Chef?
No Problem!

After igniting a Twitter war with a well-known culinary critic, a Los Angeles chef packs his knives, heads home to Miami and opens a food truck. Who needs a four-star restaurant when you have a truck? Cooking with family really hits the spot.