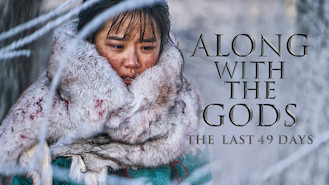 Not in Finland but still want to watch Along with the Gods: The Last 49 Days?
No Problem!

Along with the Gods: The Last 49 Days

While defending an unlikely soul, the afterlife Guardians investigate an elderly man who’s outstayed his time on Earth, and delve into their own past. Their lives were supposed to be forgotten. But memories can be recovered no matter how deeply buried -- and painful to recall.