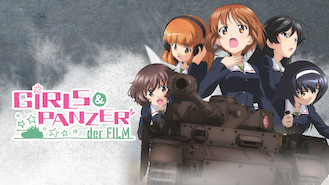 Not in Finland but still want to watch Girls und Panzer der Film?
No Problem!

The girls of Ōarai High must face off against a formidable university team in a fierce tank battle to once again avoid closure of their school. With the fate of their beloved school on the line, heavy reinforcements will be needed to save their beloved tankery team.