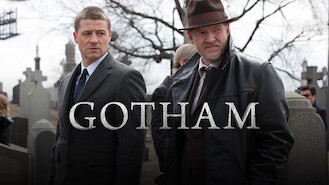 Not in France but still want to watch Gotham?
No Problem!

Long before he was commissioner, rookie cop James Gordon takes on Gotham City crime and corruption to avenge the murder of Bruce Wayne's parents. You know the story of Batman. Now meet the dogged detective who helps Bruce Wayne become the crusader Gotham needs.