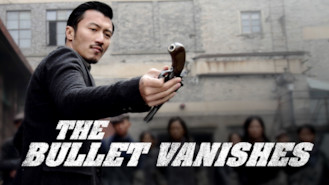 Not in Germany but still want to watch The Bullet Vanishes?
No Problem!

At a bullet factory in '30s Shanghai, two detectives investigate a girl's death. But the boss undermines their work, and workers perish mysteriously. Bullets disappear mysteriously. Yet the bodies multiply. Is a phantom exacting revenge -- or will logic prevail?