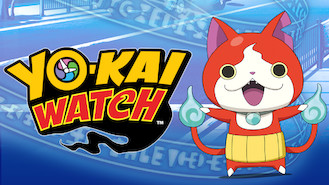 Not in Germany but still want to watch Yo-Kai Watch?
No Problem!

Nate frees a mythical being trapped in a magic capsule, and the two new friends have adventures with all sorts of troublesome supernatural creatures. A boy and his guide use a magic watch to find mischievous beings. But which ones to fight and which ones to befriend?