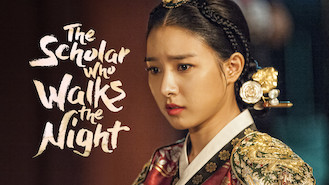 Not in Germany but still want to watch The Scholar Who Walks the Night?
No Problem!

The Scholar Who Walks the Night

A Joseon scholar with a secret past recruits a cross-dressing bookseller to help him in his fight to protect the throne from a vampire. Vampires on the loose in Joseon. Secrets at every turn -- including one that threatens to bring down an entire kingdom.