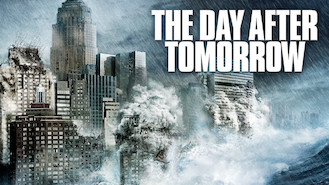 Not in Germany but still want to watch The Day After Tomorrow?
No Problem!

The Day After Tomorrow

After years of unabated global warming, the greenhouse effect is wreaking havoc all over the globe in the form of catastrophic natural disasters.